The Route of Los Bufones

The Route of Los Bufones

The village of Llames is reached by turning off the N-634 onto the AS-263. After leaving Belmonte, you reach Llames de Pría by a narrow track. The route starts and finishes in Llames de Pría.

The route of Los Bufones, begins in Llames de Pría (Llanes). Once you have left your car in the villaje, head towards the beach on the asphalt road. La Playa de Guadamía (Llames beach) is a large sandy strecht that runs perpendicular to the coastline. It`s called Aguamía or Guadamía because of the river which runs into the sea there. The sand runs along the sides of the course of the river for several hundred meters, almost creating a fluvial beach. The sea disappears behind the cliffs and the tide hardly ever penetrates here, even during heavy seas.

Above the beach on the right, take the dirt track, normally reserved for agricultural vehicles. This takes you to Bramadoriu de Llames, a large strecht of “Bufones” which is included in the Network of Protected Natural Spaces under the category of Natural Monument, due it its singular formation.

If the sea is calm, many of the ventilation shafts belonging to the underground cavities only emit the air compressed in the galleries by the tide. However on those days when the tide is high with a strong swell, El Bramadoriu is transformed into a stunning spectacle, the wáter and air expelled form the subterranean vaults reaches tens of metres into the air. The walling sound as the holes explode into the open air can be heard hundreds of meters away. On occasion, it can be Heard from the outskirst of the Picos de Europa. It`s not without reason that the shepherds hereabouts say, “when you can hear the Bramadoriu, collect wood for the days to come!”.

From Bufones area continue on a track which snakes across the top of the cliffs and takes you close to Villanueva beach and later to the Cuevas del Mar beach.  The descent to the later is via starway wich runs through a small Wood of Holm Oaks. These tres are one of the botanical pecularities of the Eastern part of Asturias.

From the Cuevas del Mar beach, the route of Los Bufones, takes the road which goes to Nueva, turning off later to the right, retuning to Llames using the local roads and paths which go through Villanueva and La Pesa de Pría. 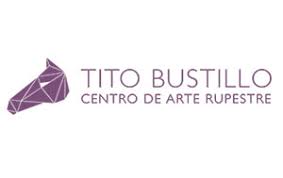 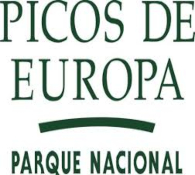